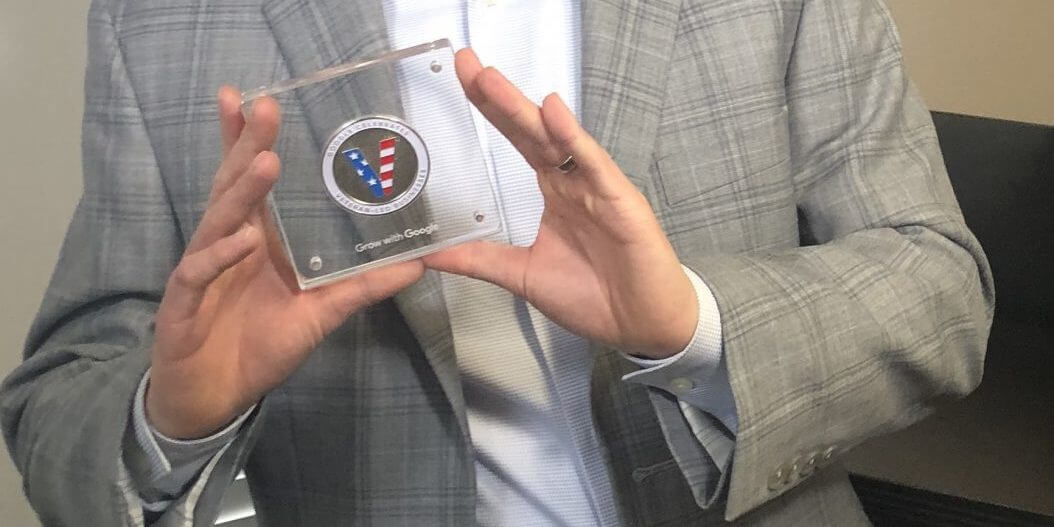 November 4 - 8, 2019 is National Veterans Small business week! This week, Google recognized Scott Law Firm with a special edition challenge coin. The recognition is due to our veteran-led managing attorney, Patrick Scott. Patrick served in the United States Marines and took a picture with the coin received from Google. He is also the Managing Attorney of Scott Law Firm, located in downtown Conroe, Texas. Mr. Scott dedicates his practice to those who have been injured or harmed by the negligence of others.

Patrick is licensed to practice law in Texas, Louisiana, and Oklahoma. Before law school at Baylor, Patrick received a B.A. in Political Science from the University of Houston Honors College.

After high school, he enlisted in the United States Marine Corps as an Intelligence Analyst. During his four-year tour of duty in the Marines, he served overseas in various countries and capacities. For his service, he received a Naval Achievement Medal, as well as several commendations. We are proud to present Patrick with an award during Veterans Small Business Week. 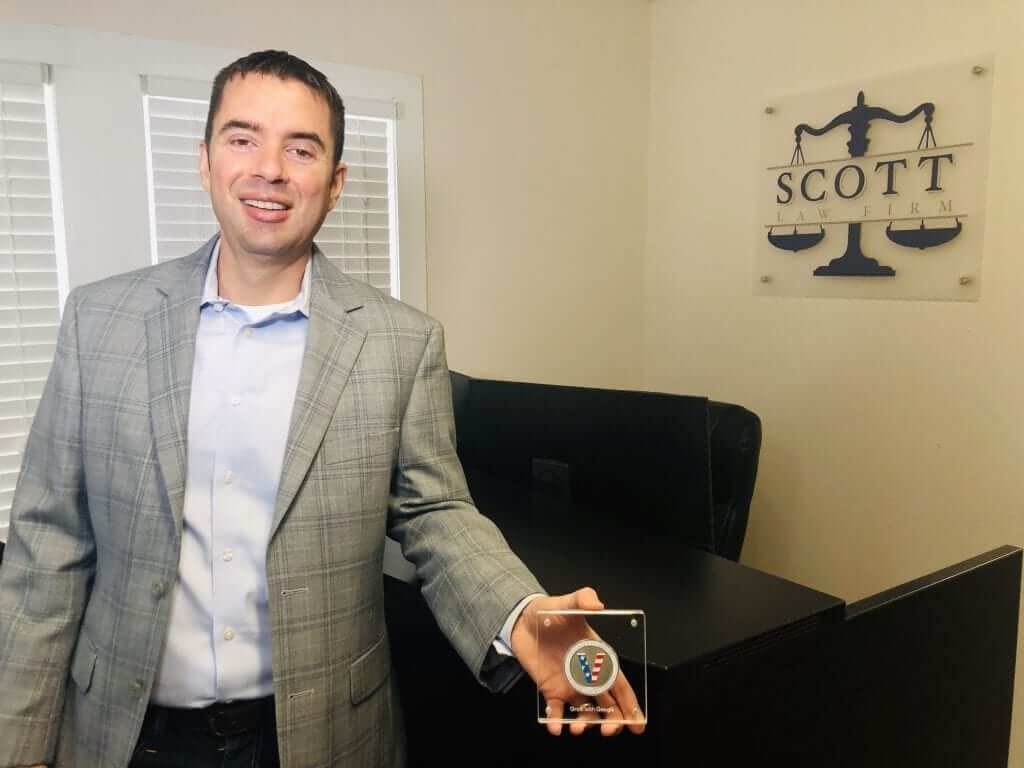 Scott Law Firm has also had the privilege to represent other veterans with their personal injury cases. Watch the videos below to learn more.

If you have been injured in an accident in the Conroe, TX area, contact Scott Law Firm at (936) 243-4299 for a free case consultation.